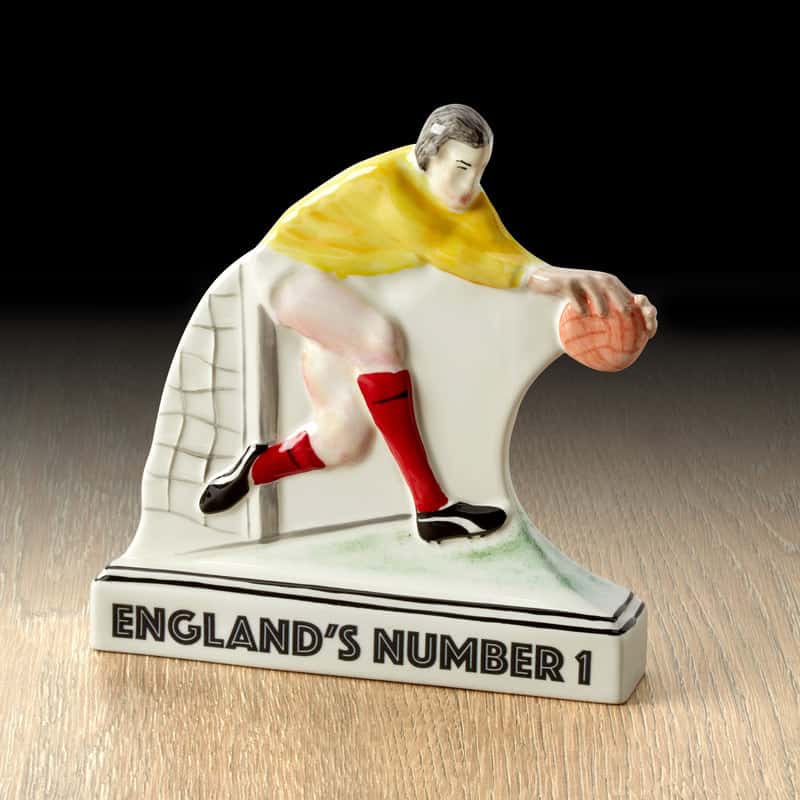 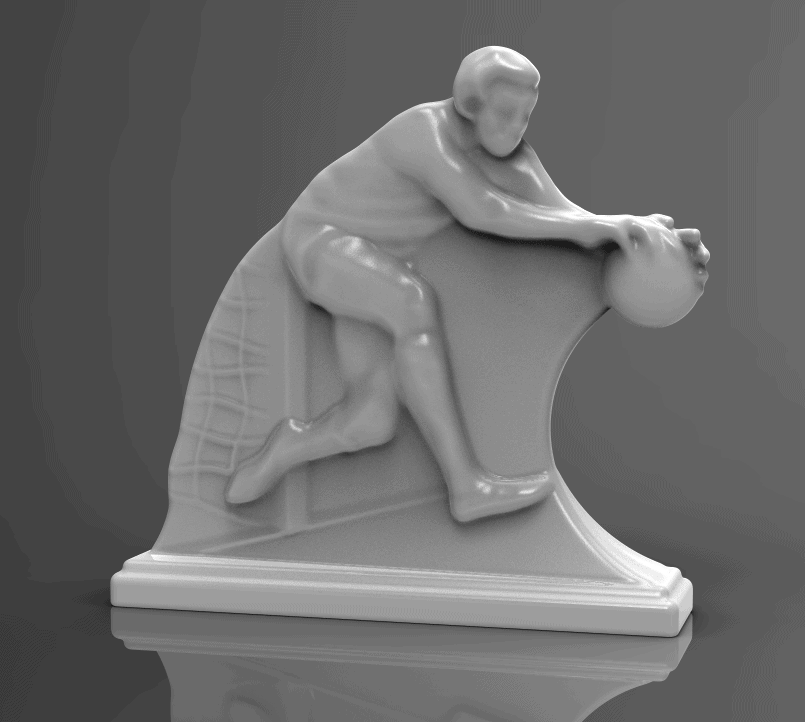 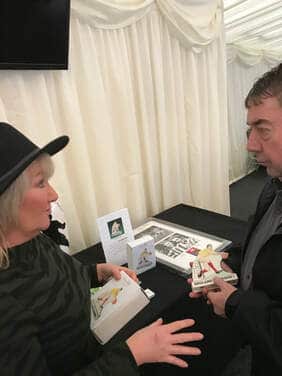 One of the greatest goalkeepers of his or any other generation, Gordon will forever be remembered for his heroic part in England’s triumphant 1966 World Cup campaign that culminated in the famous 4-2 victory over West Germany at Wembley in the final.

A National Treasure. A local hero. A true legend.

Earlier in the year of 2019 I witnessed the City of Stoke-on-Trent mourn the passing of our local hero.

Many tributes were created in form of art and sculpture but i felt the need to produce a piece which represented Stoke-on-Trent and it’s Heritage in which Gordon had embraced in his time playing for Stoke City, and making the Potteries his home with his family.

The concept was to design a model in character of Gordon but in the style of the traditional Staffordshire flat back combined with the Clarice Cliff art deco models , which would be in keeping with my own work.

I used a simple image of Gordon training with his hands directly on the ball , so all the colours of the clubs he played for will eventually get their own limited edition.

This limited edition is celebrating the 1966 world cup with Gordon in goal, only 66 will be made with the England strip so please order your preferred number when purchasing as there will be only one of each.

​In the gift box you will receive a certificate of authenticity with your number and Emma Bailey’s signature hand written.

Limited edition of 66 only

May 2019.
The model of Gordon was produced , keeping every stage local Christopher Dean from free form studios followed every step of the design idea using relief to add depth the 3d design .next step was to get the model cased so we can run off the molds.

June 2019
“The first 66 are produced !”. Spending hours analysing Gordon’s characteristics , it’s now time for me to decorate the figures. Every individual model has been respectfully hand decorated by myself using the on-glaze method and applying each piece with it’s own limited edition number on the base. 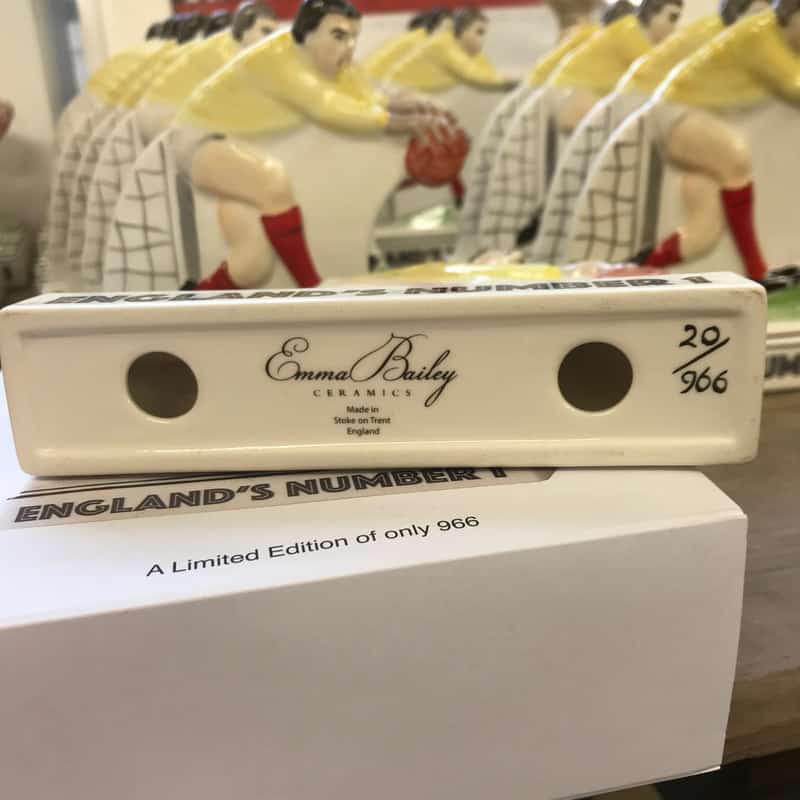 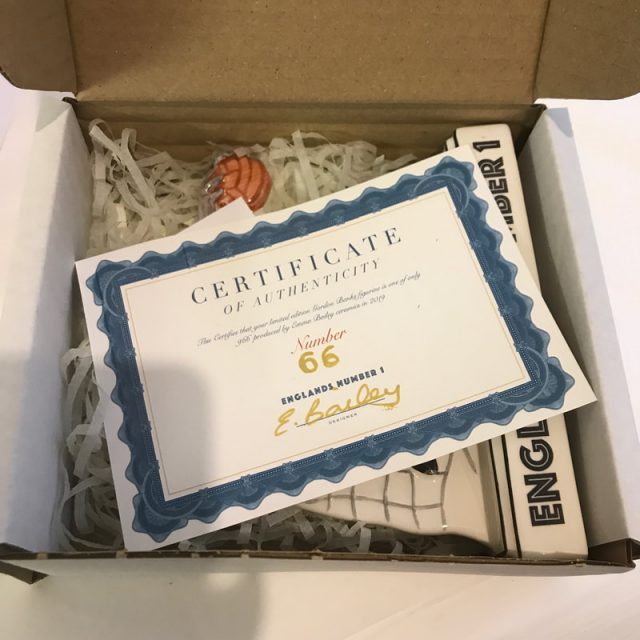 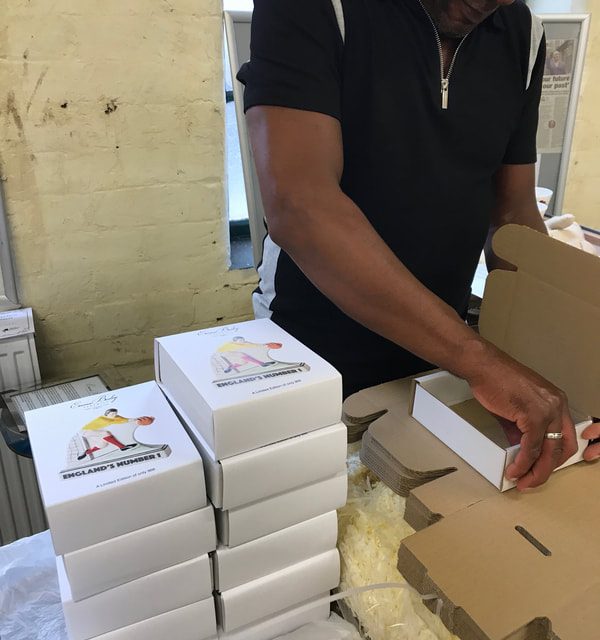